15 custom t-shirts every entrepreneur should have 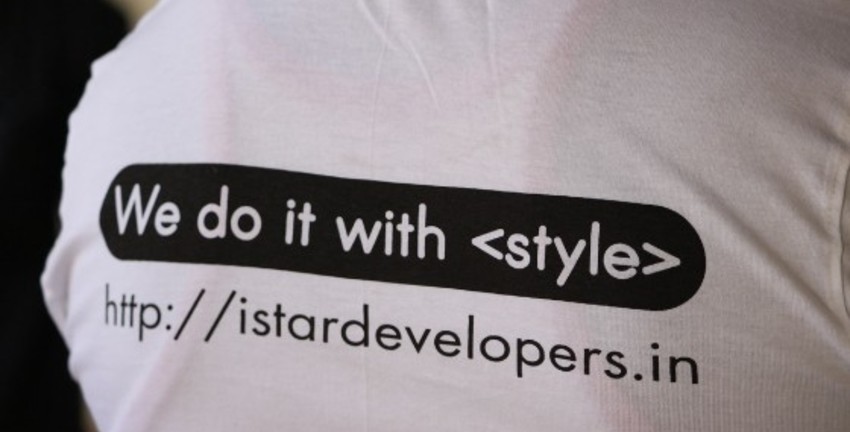 Being an entrepreneur is a way of life for many, a devout philosophy for most. It’s a set of rules that allows you to circumvent the rules themselves. It’s a blueprint for self-starter spirit. An invitation to break free from convention and blaze your own trail.

Who knew? Oh, that’s right. We all did. Those networking events? Glorified singles mixers. Except it’s not your body up for grabs. It’s your mind, man, and those sweet, sweet long-term profitable ideas.

Oh, it may be an oldie, but it’s for sure a goodie. This may even pass for vintage status in some places.

Visualise your most wanted bank balance, emblazoned upon your customised t-shirt. Or your next round of funding.

4. May the Funding Be With You

5.  Entrepreneur. French for ‘has ideas, does them’.

Unfortunately, it doesn’t really translate to that. But it definitely should. The simplicity of being an entrepreneur can sometimes seem like a low barrier of entry. But really, it’s just separating the real from the fake.

2. Create Your Own Luck

This one is pretty straight forward, although nonetheless inspiring and the root of what most entrepreneurs are aiming for. After all, no one’s working 60 hour weeks to just be forgotten. Every time it gets a little too tough to handle, just remember what you’re doing this for.

4. Don’t Predict the Future. Create it.

‘If I could create the future I’d be a millionaire’ I hear you cry...and that’s the point. These aren’t motivational quotes for nothing. Blaze your own trail! Create your own luck! ...Hey! I just gave you two more free slogans!

5. Do Not Limit Your Challenges. Challenge Your Limits.

Ah yeah. We’re rounding off the motivational section with a real gut punch. If that doesn’t make you want to print and sell 100 sloganised t-shirts, frankly, we’re not sure what will. Go ahead and be who you’re meant to be.

Being an entrepreneur is all about innovation, bright ideas and eventually the stuff of legends. Who sums that up better than Nikola Tesla, the ‘original pirate?’. Tesla has had somewhat of a revival lately, with noted and respected new school entrepreneurs’ like Elon Musk paying tribute by naming his new company after him. Catch the wave and make your own Tesla custom tee!

From one icon to another, this tee celebrates one of the men most associated with free ideas and thinking, Benjamin Franklin. You see, Benji had many hats. He was a political theorist, a scientist, civic activist, a statesman, a founding father...and well, we could go on. In other words, he was an innovator. A doer. An entrepreneur.

This is a real favourite of ours, as it highlights the humour and general coolness that often sums up entrepreneurs and new school entrepreneur culture. Plus, it totally doubles up as a Future fan t-shirt if that’s your sound. Which it probably is.

4. Hustle Until You No Longer Need to Introduce Yourself

Pretty straight forward, but slick and powerful nonetheless. The art of the hustle is what makes the entrepreneur tick. The long grinds. The awkward meets. The endless networking. It all lends itself to one goal. Getting noticed.

The spirit of being an entrepreneur is understanding everything is a learning process. If you failed a pitch, you do a proper analysis and figure out why. If sales have hit a wall, you get back to basics and develop a solution to solve it going forward. Hell, even bankruptcy hasn’t stopped some of the most successful people on the planet. The truth is, if a few stumbling blocks are enough to make you want to quit, then maybe this lifestyle isn’t for you after all.

At HoodBeast, we know all there is to know about custom design. That’s why we put together this blog to get your creative juices flowing! See anything you like? Just hit our website and get a handle one our extremely easy to use customiser. It won’t be long before you’re making hot designs that everyone will want a piece of. Don’t wait another day. Unleash your entrepreneur!